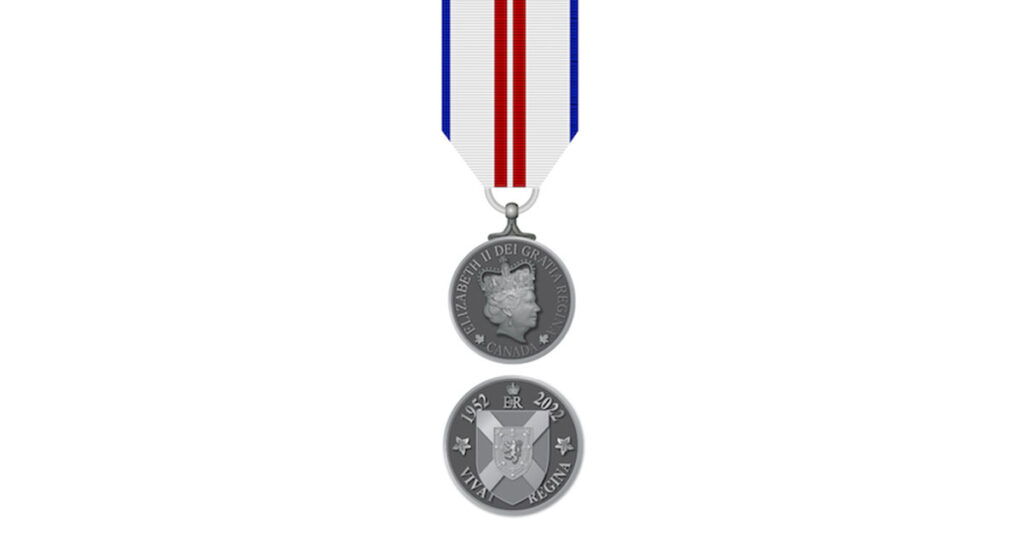 This award honours those who have devoted themselves to the service of others, especially throughout the pandemic, be it because of their job, volunteer work, or contributions to their community.

To be eligible for this honour, a person:

• Must be a resident of Nova Scotia or have a tangible link to Nova Scotia, at the time the medal is granted;

• Have made a significant contribution to Canada, Nova Scotia, or a particular Nova Scotian region or community;

• Be alive on February 6, 2022, the 70th anniversary of Her Majesty’s accession to the Throne.

The medal may be awarded posthumously, as long as the recipient was alive on that date.

Please contact my office for more information on how to nominate eligible candidates for the Jubilee Medal.

Lt.-Gov. Arthur J. LeBlanc announced that the Queen has approved the design of the Platinum Jubilee Medal. Over the coming months, it will be awarded to 5,000 Nova Scotians in recognition of significant contributions and service to the province.

To launch the medal program, which marks the 70th anniversary of the Queen’s accession to the throne, the names of the first 70 recipients have been released. They represent a broad cross-section of Nova Scotians who have contributed to diverse fields and organizations.

“As Her Majesty’s reign embodies the importance of commitment to one’s community, the Platinum Jubilee provides opportunities for Nova Scotians to honour those in our province who have demonstrated an unwavering dedication to family, neighbours and colleagues,” said Lt-Gov. LeBlanc.
The medal displays a crowned effigy of the Queen with her Canadian style and title on the front. The back features the shield of arms of Nova Scotia with the Queen’s Royal Cypher and dates of her reign. A pair of mayflowers – the provincial flower – and the Latin phrase “VIVAT REGINA” which means “LONG LIVE THE QUEEN” appear at the base.

Information about the medal program and nomination criteria is available here.

Find the list of the first 70 recipients announced here.

Subscribe to my regular e-newsletter for community and provincial updates and more.