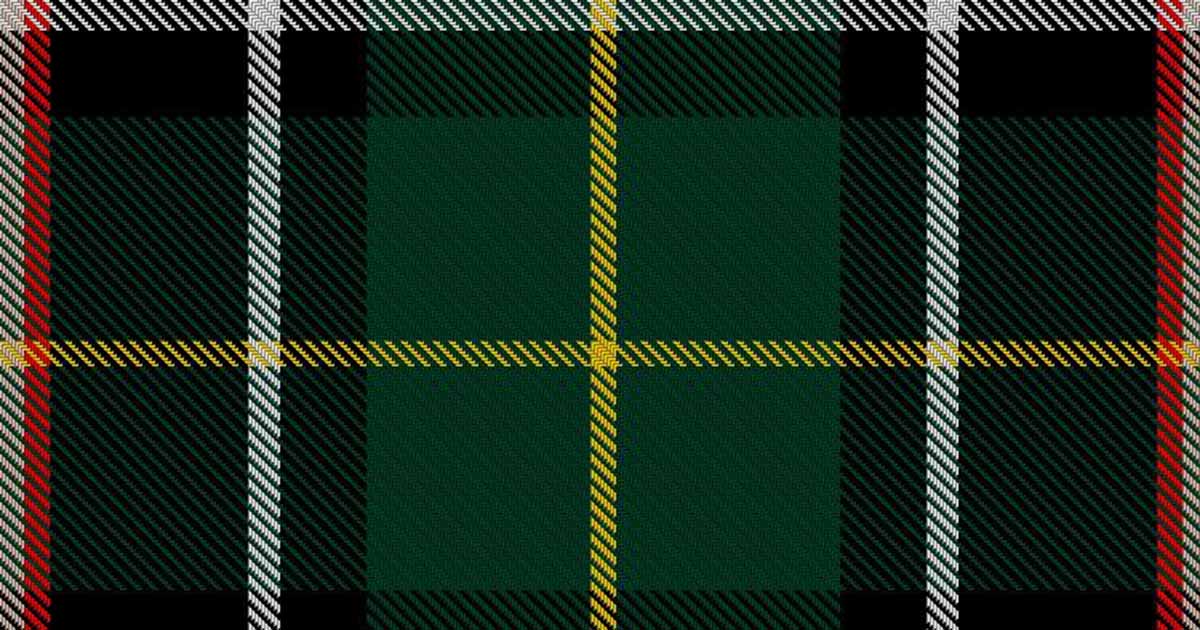 The tartan was designed by Nova Scotia native Veronica MacIsaac. Ms. MacIsaac is a young local fashion designer, whose parents own MacIsaac Kiltmakers in St. Peter’s, Richmond Co. Her collections have been widely recognized at several fashion events and publications across the world.

“On this monumental anniversary, it’s fitting that we celebrate our Scottish heritage with a commemorative tartan,” said Mr. Murphy. “For many people of this province, a tartan represents the origins of their ancestors and speaks to their identity. This tartan reflects the past and future of the House of Assembly, while paying tribute to Nova Scotia’s roots.”

The colours of the tartan incorporate some of the important emblems that embody the assembly, including the Legislative Chamber (green), the Red Chamber (red), the speaker’s and clerks’ robes (black), the mace (yellow/gold), the laws passed by the House of Assembly (white), and the sandstone exterior of Province House (tan).

The Nova Scotia Tartan Act recognizes April 6 as Tartan Day, in appreciation of the Scottish clans in Canada.

More information about the Nova Scotia House of Assembly tartan can be found by visiting https://www.tartanregister.gov.uk/tartanDetails?ref=12322 .