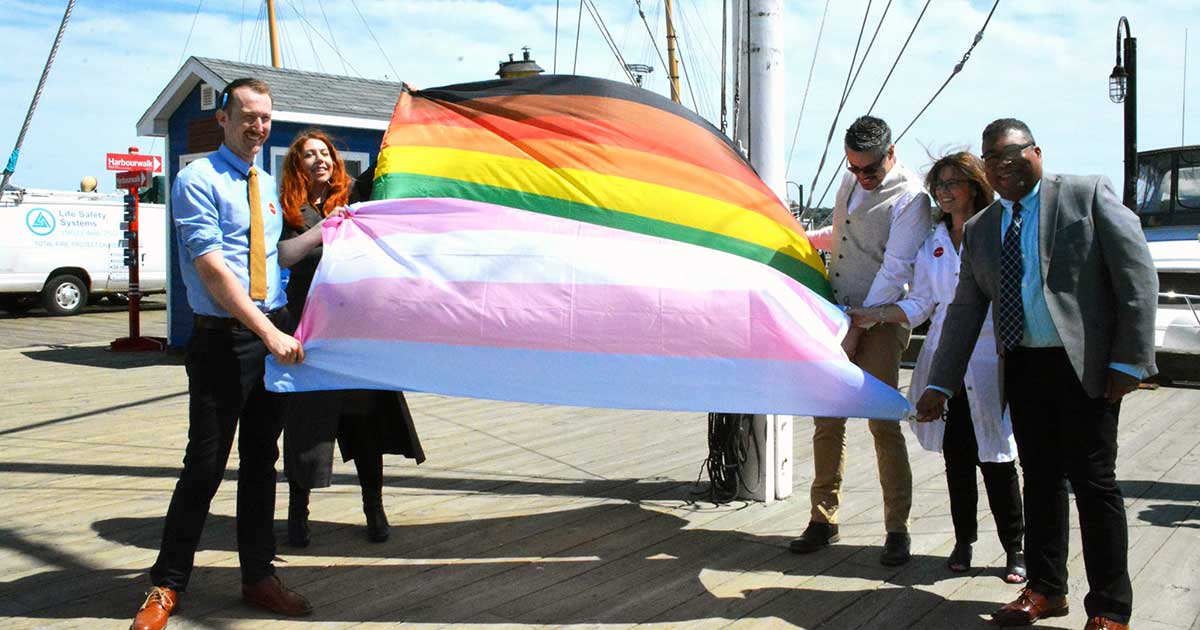 Government employees, 2SLGBTIQ+ community members, allies and supporters were in attendance as the Pride flag was raised at the Maritime Museum of the Atlantic, in Halifax, July 12.

“The Pride flag is a significant visual symbol of inclusivity and acceptance. Our flag raising event demonstrates the commitment to make Nova Scotia’s public service a more safe and inclusive workplace where we can be open and proud in all aspects of diversity,” said co-chair of the Pride Nova Scotia Network Allison Smith.

The Pride flag raising is an opportunity to reflect on the significant work that has been accomplished over the last five decades, and even within the last year, to advance the rights and equality of 2SLGBTIQ+ people.

“As one of the largest employers in the province, it is important to proudly and publicly display our support for our lesbian, gay, bisexual, trans, intersex, two-spirit and queer employees as well as all Nova Scotians,” said Public Service Commission Minister Tony Ince. “We are stronger as a community and province when we have a diverse and inclusive public service.”

The Pride flag has been raised in Halifax since 2010 as a direct reflection of how important 2SLGBTIQ+ rights and inclusion are to the people of Nova Scotia.

“Today we celebrate the great work we’re doing to become a more welcoming public service,” said the Public Service Commissioner and Deputy Champion for the Pride Network, Laura Lee Langley. “We want to ensure everyone feels safe and valued when they come to work, so they feel comfortable contributing their best ideas.”

This year, government is also displaying Pride flags inside seven provincial buildings around the province.

“It is important to see 2SLGBTIQ+ Pride in rural areas of Nova Scotia in addition to here in Halifax,” said Ms. Smith.

During the summer, Pride events will be held in communities throughout the province.