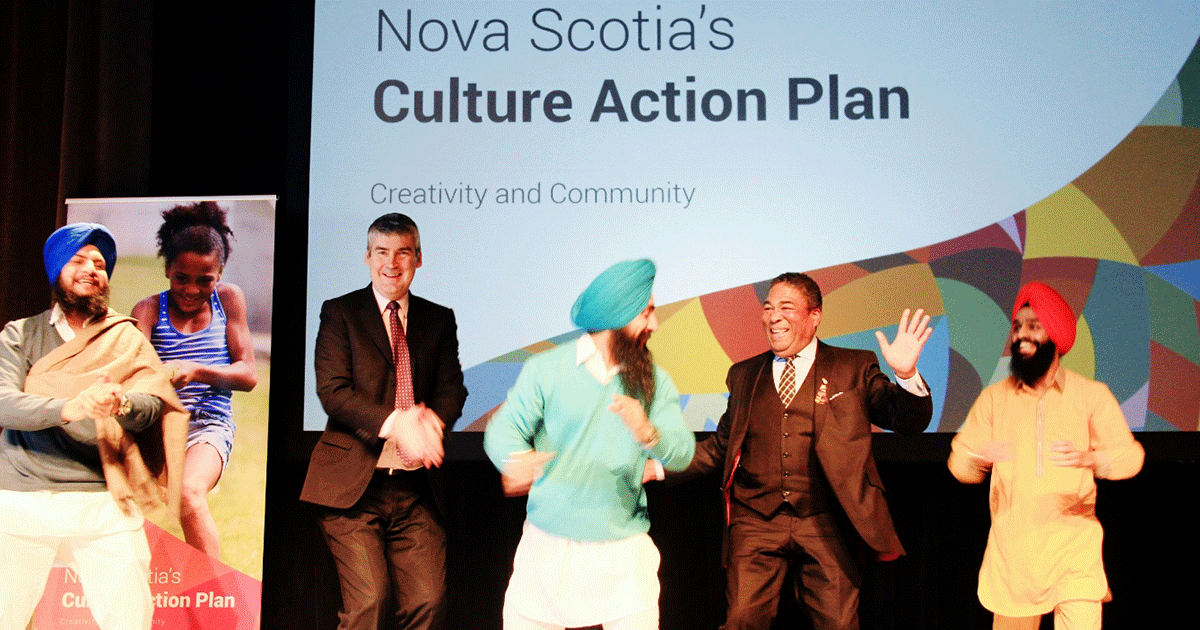 “Our culture is what makes us unique. It is a competitive advantage we must celebrate, invest in, expand and export,” said Premier Stephen McNeil. “Culture connects us as people, it makes us stronger and helps us to build a province where all people have the opportunity to reach their full potential.”

The plan will bring to life the Department of Communities, Culture and Heritage’s mandate of contributing to the well-being and prosperity of Nova Scotia’s diverse and creative communities through the promotion, development, preservation and celebration of the province’s culture, heritage, identity and languages.

“Culture is driving economies and communities around the world,” said Pamela Scott-Crace, chair of the Creative Nova Scotia Leadership Council. “Across this province we have an abundance of cultural resources, and this plan is a great step forward for our work with government to elevate cultural vibrancy for the benefit of all Nova Scotians.”

“The Mi’kmaq have a very rich and distinct culture; we hold the founding culture of what is now Nova Scotia,” said Chief Wilbert Marshall, lead chief of Culture, Heritage and Archeology for the Assembly of Nova Scotia Mi’kmaq Chiefs. “It was important that we were engaged and involved in developing the Mi’kmaw components of this plan.”

The plan will rely on the co-operation, commitment and mutual support of government departments, stakeholders and Nova Scotians to move forward the outlined actions. Some actions are already underway, while others will begin this year, as well as next year, and continue for years to come.

“Government realizes that a vibrant culture has its own rewards in all of our lives,” said Communities, Culture and Heritage Minister Tony Ince. “Culture can play an even greater role in economic growth and prosperity in every corner of the province.”

Government connected with thousands of Nova Scotians and 188 culture organizations around the province, as part of the consultation process for the plan. Culture contributes $949 million to Nova Scotia’s economy and provides almost 14,000 jobs, representing 2.7 per cent of the provincial gross domestic product and three per cent of all jobs in Nova Scotia.

For more information and to see the full plan, visit www.novascotia.ca/culture.