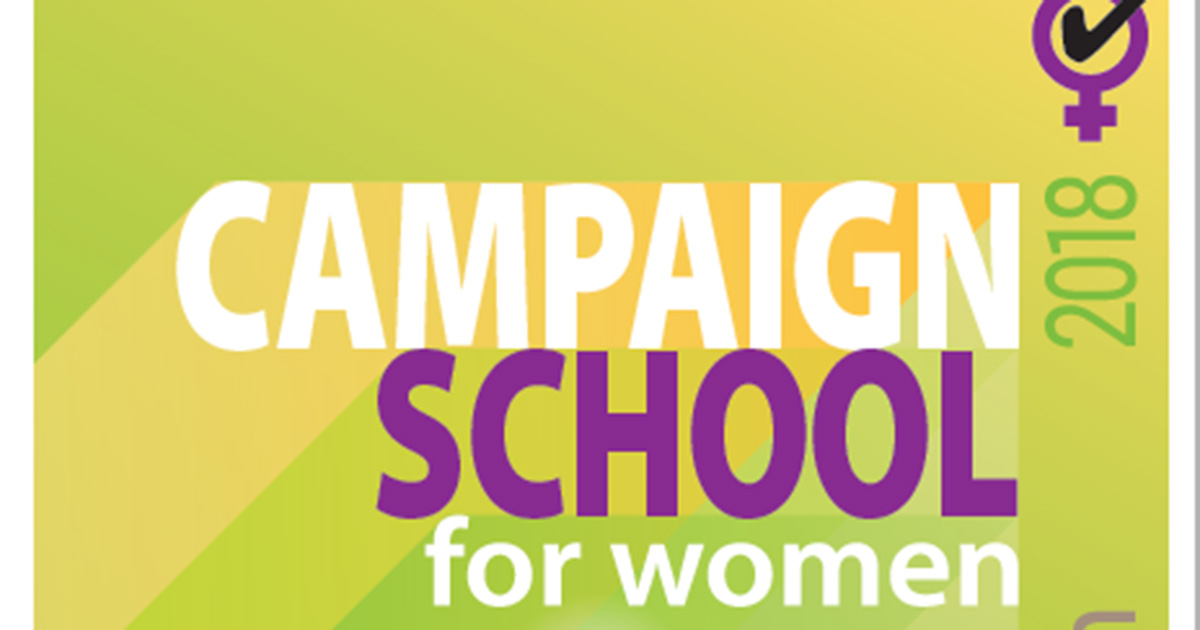 Registration is open for a three-day program to help women who want to get more involved in public and political leadership roles.

The Nova Scotia Advisory Council on the Status of Women is hosting Campaign School for Women: Leaders in Action at Mount Saint Vincent University in Halifax from May 25 to 27.

“We want to engage more women as elected leaders to advance gender equality in Nova Scotia,” said Kelly Regan, Minister responsible for the Advisory Council on the Status of Women. “The campaign School empowers and supports women to become leaders in action, and I commend the Status of Women office and Diverse Voices for Change on working together to give Nova Scotia women the tools they need to take on leadership roles in government.”

The purpose of the campaign school is to increase the numbers and diversity of women in leadership. The program prepares graduates to run for public office, organize campaigns, or pursue non-elected political roles.

Key topics will include diversity, gendered leadership and women in politics. The program also covers topics that are relevant to running a modern campaign, such as managing social media, developing a brand and navigating the campaign process.

“Having a campaign school that is inclusive of all women, and that helps Indigenous, African Nova Scotian, and racialized women develop strategies to deal with the barriers they face, is critical in providing all women politicians with the tools they need to launch a successful campaign,” says Tracey Jones-Grant, managing director of Halifax Regional Municipality’s Office of Diversity and Inclusion. “This school, shaped by a collaboration between Diverse Voices for Change and the Status of Women, is the perfect foundation for all women considering a life in the public eye.”

The campaign school is free. Those interested are encouraged to register early as spaces are limited.